The History of
Our Holocaust Torah
by: Cecil Lander, May 2012

In 1942 a group of Jews in Prague decided to save religious treasures from the synagogues in the Bohemian and Moravian regions of the former Czechoslovakia. Much to their surprise the German occupiers agreed and over 100,000 pieces of synagogue artifacts, including about 1,800 Torah scrolls were collected and brought to Prague for safekeeping. Today many of these articles are on display in various synagogue museums in the Jewish quarter of Prague, in what is now the Czech Republic.

On February 7, 1964 the Westminster Synagogue in London purchased 1,564 Torahs from the Communist State of Czechoslovakia and created the Memorial Scrolls Trust. The scrolls were inspected, recorded and in many cases repaired. Many of them have been distributed worldwide, on long term loan agreements, to be memorials everywhere to the Jewish tragedy.

In 1992 our first president, Steve Zafir contacted the Memorial Scrolls Trust and applied for a Holocaust Torah.  Scroll #1143 was assigned to Kol Tikvah. Harold Plotnick, a friend of founding members Harvey and Christie Rudich, happened to be flying from London to South Florida and hand carried the scroll to our storefront location in Coral Springs.

Kol Tikvah’s scroll was written in 1880 and came from the small town of Kostelec nad Orlici (pronounced Kosteletz nat Orlisee) meaning Kostelec on the river Orlici. Exploring deeper we find that the actual location of the synagogue was in the adjacent village of Doudleby nad Orlici but for consistency we will use Kostelec as the original location of our scroll

Records show that Jews lived in this town beginning as far back as 1640, and 8 Jewish families lived there in 1650. They were winemakers, tanners and general merchants. By 1834 the community grew to 305 Jews which was about 30% of the population of this town.

The first synagogue was built in 1777 out of wood but was replaced by a brick building in 1821. This was sold after the war to a local church and is still standing. No Jews returned back to their home town after the war, and none have lived there since.

To remember the tragedy the Pinkas Synagogue in Prague has recorded the name of every Jew who died from Bohemia and Moravia. Painted on every wall inside the Synagogue are the names of 80,000 innocent men, women and children who lost their lives in the Shoah.

On the colored picture one can see, written in Yellow, the name of the town, in this case Kostelec nad Orlici, followed, written in Red, by the family name of the person who perished, and finally, written in Black, the first name and date of birth.

It is impossible not to be moved by looking at all of these names painted on every conceivable space of this synagogue.

According to the terms of the long term loan, Kol Tikvah is obligated to periodically use the Holocaust Torah to perpetuate the names of those victims associated with our Torah. We are pleased to note that Kol Tikvah meets our obligation in this regard. We read from this Torah during the afternoon service at Yom Kippur, at the service honoring our confirmation class and of course at Yom Hashoah. We now know the names of 19 members of this community who perished in the camps and we list them as follows.

Lois Rubin was instrumental in encouraging the research into the history of our Torah. She provided background information that helped get the work started. Thank you Lois.

We also thank Jiri Fiedler of the Jewish Museum in Prague and the museum’s library staff for their assistance in providing historical facts listed above.

A special thanks to Eytan Lederer of Haifa, Israel whose family lived in Doudleby nad Orlici as far back as 1780 and at least one member of the family was the Shammash of the synagogue. Eytan has provided photos and other data of the region gathered during his recent visit to the town. 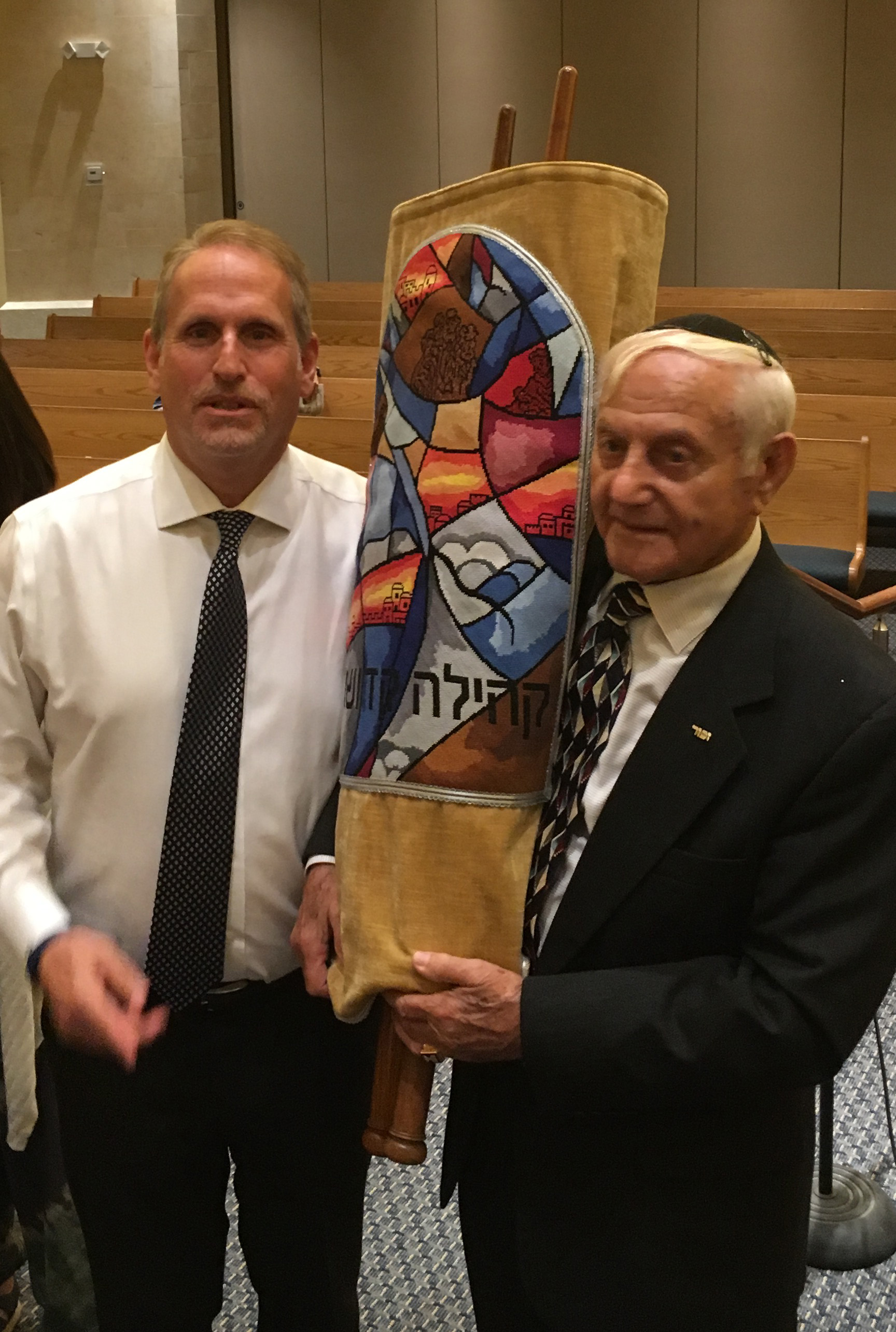