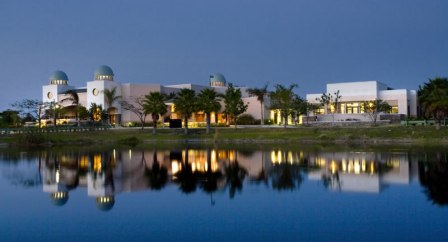 When six young Parkland families gathered for Shabbat dinner one Friday night in March of 1991, they were united by a common goal: the desire to establish a synagogue in the rapidly growing city of Parkland. The families had among them a Jew by Choice, an interfaith couple, and several adopted children. The decision to identify as a Reform congregation was grown from the need to have all of these individuals be unequivocally accepted and made to feel welcome. A mission statement was established, and decisions were made concerning a permanent location in Parkland and a by laws mandate to keep the size on the smaller scale. The name was chosen as Congregation Kol Tikvah, as the word temple did not evoke the sense of community that the word congregation conveyed

The magic was unfolding…in the ensuing weeks preparations took place to move Congregation Kol Tikvah forward with meetings being held to include other interested individuals. The first service was held at Country Hills Elementary School on June 7, 1991. The service booklet was prepared by founding Rabbi Morris Kipper, and the participants, as stated on the cover of the booklet were: “A hopeful enthusiastic group of Jews who dare to share a dream”. The service was well attended and those who were there would recall several memories, such as an incredible downpour as worshippers arrived, the fire alarms going off on a regular basis during the service, and one of the founder’s children falling off the stage and breaking her arm.

In 1992 the congregation rented a storefront on Wiles Road in Coral Springs. With several congregant ‘work days’, the space was remodeled to meet the needs of the growing congregation. We did everything ourselves in those days, yielding a close knit family who continued to dream big so that when in 1996, six  acres of land became available for sale on University Drive in Parkland, Kol Tikvah held a capital campaign to raise funds and purchase the land.

The congregation was welcomed into the Union for Reform Judaism (then called the Union of American Hebrew Congregations) in 1997.

Rabbi Alejandro Lilienthal joined the congregation in 1999 as our first full-time rabbi and served ten years. Malcolm Arnold joined as Cantorial Soloist in 2000 and continues to serve the congregation.

In the eighth and ninth years of the congregation, a professional fundraiser, architect, engineer and a building contractor were engaged and committees were formed to begin the process of building a permanent home for the growing congregation. Spearheaded initially by President Lois Rubin and then by President Stuart Leeman, the theme of the campaign was ‘Building the Dream Together’. With children a top priority, ground was broken in September, 2001 for Phase I, which primarily served as a religious school and the new Phylis J. Green Early Childhood Center. A multipurpose room served as a sanctuary, housed adult education programs, social events and special programs.

The active congregation boasted Shabbat evening and morning services, Bar/Bat Mitzvahs, a Sisterhood, Men’s Club, choir, scholar-in-residence program, adult B’nai Mitzvah, family picnics and parties, and a growing youth group. There was a newsletter, website and professional staff. Five hundred children passed through the halls each week between the religious school and preschool.

In 2006, led by President Nina Gordon, the congregation embarked on another capital campaign to build a 24,000 square foot permanent sanctuary and social hall. An exclusive caterer, Haute Cuisine of Parkland, was engaged. President Bob Greenberg was at the helm when the much anticipated new building was dedicated in January, 2008 amid a weekend of worship, gala celebration and a family concert.

The fall of 2009 began the next chapter in Kol Tikvah’s history. As Kol Tikvah celebrated its chai anniversary, Bradd Boxman took the reins as Rabbi. Youth became a central focus.

Today, our only-30-year-old congregation has grown to become a multigenerational kehillah kedoshah,
with a diverse membership, united in their love of Judaism, but with each congregant having a unique take on
their spiritual and cultural journey. Our ECC, Religious School, and Youth Group programming are top notch,
and our programming for families and individuals, ranging from a burgeoning and active 20-something cohort,
all the way through empty-nesters and retirees, meets the eclectic needs of our community. Beyond the
programming, though, Kol Tikvah places an emphasis on engagement and “peopleness”. We think of our
congregation not just as a group that gets together for services and programs, but as a community.